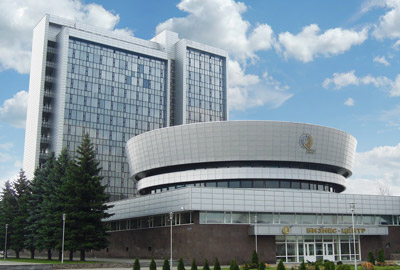 Gomel Technopark is a classic model of the European industrial park which is a commercial organization whose primary function is providing office areas to residents of technopark as well as providing them with a range of services for development of innovative businesses such as consulting, information support, business planning, printing services etc.

The basic idea of technoparks in the world is a governmental support and encourage for innovation business as this type of business is one of the most risky types of businesses and at the same time one of the most highly profitable and promising businesses from the point of view of the development of markets. By investing in the construction of technoparks, the state not only creates new work places but also aims to streamline the development process of the real sector of the economy by application of the latest developments of both Belarussian and foreign scientists. Therefore, in addition to a reduced rent and the support from the Administration of Gomel Science and Technology Park, residents also take advantage of a special tax regime established by legal regulation.

The most important indicator of the efficiency of a technopark is the number of successful innovative enterprises emerged from the technopark, and the number of work places created by them. Thus the basic assessment of the activity of technopark for a period of time is a successful activity of its resident – small innovative companies as well as growth of their sales, introduction of new and innovative scientific and technical developments and products with improved characteristics produced on their basis, as well as the number of new work places and, as a result, the increase of budget receipts.

On the 25th of October 2010 State Committee for Science and Technology of the Republic of Belarus awarded Gomel Technopark official status of science and technology park.

Gomel Technopark was assigned with an isolated premise with the total area of 4483 square meters and located at Fedyuninskogo street, 17 (floors 6-13 of the building formerly owned by Free economic zone «Gomel-Raton» and that was on conservation since 1995).

In September 2011 first start-up complex of building of Gomel Technopark was set in operation. This was two floors of premises with the total area of about 900 square meters. The rooms represent business class A offices that can be equipped with furniture, computers and office equipment by request of residents of Gomel Technopark.

Besides, the Administration of Gomel Technopark provides support to residents by: